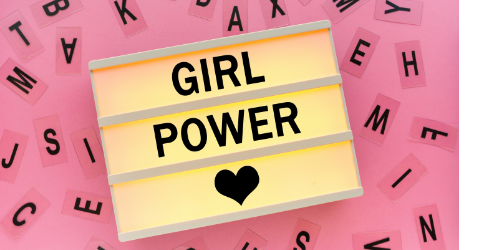 As a little girl, my mother said to me “As a woman, most people will underestimate your ability, do not buy into their thinking or be intimidated but instead be the best you can be. The power of a woman is her inner strength with which she can conquer nations.”

I did not understand the meaning, a few decades along the line that statement now makes sense. The modern-day woman has access to so many opportunities that women in the past did not. The right to vote, to education and even to work are commonplace; this has been made possible by ordinary women who took a stand to fight on our behalf. It was not an easy path as they faced opposition at every turn.

In the early 1800s, women in Europe the primary responsibility of the woman was to be a homemaker. The majority of women were uneducated except for the elite class. In Africa, when the missionaries introduced education, it was chiefly boys who went to school as families felt that educating a female child was a waste of the family’s resources. The integration of women in the workforce was slow, and a long battle for emancipation began.

In 1848, the suffrage movement in America held the first women rights convention where women outlined their grievances, and this became the basis of the women’s rights movement. The list of grievances included the right to vote and improved wages and working conditions among them maternity leave. Women also fought for the rights to utilize birth control with Margaret Sanger opening the first birth control clinic in the US, which closed ten days later, and she was incarcerated. The right to vote became a reality in August 1920 in the US after more than 50 years of advocacy. In some countries, even today, women were recently granted the right to vote and even to drive a car. The contraceptive pill was finally legalized in 1965.

In today’s world, women are achieving feats that our forerunners could not even imagine. It was a great moment in history when Mae Carol Jemison became the first woman of colour to go to space. The world’s stage is replete of examples of ladies to put it in colloquial language “holding it down”. In this race for relevance continues, femininity in some forums has been cast aside as a sign of “weakness”. The ability to balance emotional intelligence and logic as well as the ability to multi- the task is our superpower. The ability to run a household, go to work, be emotionally available and present whilst remaining sane is not easy, but, women around the world do this every day all day.

The greatest gift that we can give these women who fought long and hard to provide us with the opportunities we today take for granted is to remain faithful to who we are. It was impressive to see Jacinda Ardern, the Prime Minister of New Zeland bring her 3-month baby to work, i.e. UN General Assembly meeting. This was a signal to women around the world that it’s okay to be yourself, a woman. As evidenced by her handling of the COVID-19 with New Zeland being declared to be the first country to be COVID-19, she is a great leader and well able to run the country.

The names and faces of all the heroes who laboured to pave the way for women to enter places that were once the preserve of men I will never know.   The legacy they left are lessons on self-acceptance, determination, vision, unity and the power of Imagination. I salute these women and the only question that remains is. What shall be said of me? My generation? How shall we influence history as women? As I end my musing, I leave you with a poem by Marianne Williamson from a great woman to face our fears because we can be great.

Our Deepest Fear: By Marianne Williamson,

Our deepest fear is not that we are inadequate. Our deepest fear is that we are powerful beyond measure. It is our light, not our darkness, that most frightens us. We ask ourselves, who am I to be brilliant, gorgeous, talented, fabulous? Actually, who are you not to be? You are a child of God. Your playing small does not serve the world. There’s nothing enlightened about shrinking so that other people won’t feel insecure around you. We are all meant to shine as children do. We were born to make manifest the glory of God that is within us. It’s not just in some of us; It’s in everyone. And as we let our own light shine we unconsciously give other people permission to do the same. As we’re liberated from our own fear, our presence automatically liberates others.