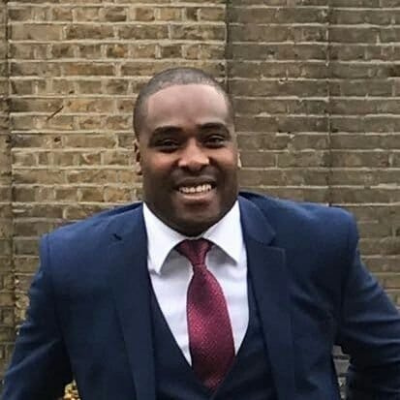 Tell me about yourself, i.e., line of work, education, and career?
I am a lecturer in accounting and finance, currently based in the United Kingdom who is passionate about knowledge sharing and knowledge transfer. I have more than 4 years of teaching in UK higher education. My research interests span all the areas of finance (asset pricing, corporate finance, corporate governance and macro-finance) and also include other elements in development finance, in particular SME financing, microfinance and financial inclusion. However, prior to a career in education, I worked in a central bank, first as an economist and later as a bank examiner.
My academic qualifications include the following: Bcom in Banking (Hons) degree from NUST, MSc in Finance and PhD in Finance from the University of Manchester, Postgraduate certificate in Higher education from Coventry University (PgCert). I also hold other professional qualifications and designations which include the Financial Risk Manager (FRM) certification, FHEA certification, Associate of the Chartered Institute of Securities and Investments accreditation, and currently, I have partially completed the CFA programme.

What inspired you to pursue your line of work/business, and how much work did it take for you to get where you are now?
My career started in banking, first as an intern at an asset management company and then later as an intern at a central bank in the economics department. Upon the completion of my internship, I was later employed by the bank as an economist, a role I held for almost 2 years before moving on to the bank supervision department where I assumed the role of bank examiner. After a six-year stint in central banking, I left the bank for further education. It was during my time as a PhD student at the University of Manchester where I also served as a part-time teaching assistant (associate lecturer), that I started to consider a career in higher education. At a deeper level, academia provided me with an opportunity to work on research projects that I had an interest in, to actively participate in knowledge production and knowledge transfer as well as to meaningfully contribute to society. These experiences allowed me to fulfil some higher-order needs and naturally drew me towards higher education. So I believe my transition into higher education was more of a natural progression, partially driven by changes in circumstances and later shaped by experiences in the field of higher education, than a need to cure an internal itch or inspiration.
My journey into higher education has been long and arduous, needing a lot of hard work, sacrifice and dedication. Taking this path has been hard, mostly because it meant sacrificing another career that had great promise, and leaving my home country and all I had known to set up a new life in a new country. However, the journey has been enriching and has allowed me to meet new people, establish new relationships, forge new alliances, and most of all, a fortuitous self-discovery. I must say that I have not taken this journey alone. I have had a supportive network of people that consistently encouraged me to keep pushing and pursuing my goals, helped nurture my mind, shielded me from the mental health breakdowns that are often experienced by a number of PhD students. To get to where I am I have benefited from the help of both friends and strangers, the timeous intervention of the heavens, and a bit of hard work.

Every journey has its share of challenges; what were yours? Did you ever feel like giving up? If so, what kept you going?
As is common with a number of kids that are not born into privilege, one of my main challenges was that of finance, particularly for my higher education. However, I managed to obtain a number of scholarships that allowed me to pursue higher education. I am a beneficiary of the Chevening Scholarship and the University of Manchester President’s Doctoral Scholars Award. These two scholarships opened the doors for me.
Apart from the common challenges of funding, other problems associated with moving to a foreign country and leaving one’s home were binding constraints. There were times I felt like giving up due to life-changing situations that competed for my resources, time, and energy. The hardest challenges included weighing trade-offs associated with quitting higher education to try and bridge some of life’s immediate and short term needs and the uncertain long-term benefits of higher education. This meant giving up other opportunities, missing out on key life events, giving up on relationships, losing friends among other things.
What kept me going was a consciousness of my circumstances and the fact that I wanted to create a better life for my family and myself. Chief among those was a desire to give my children the opportunities that I did not have access to growing up.

Any notable milestones/achievement you would like to share?
Some of my notable achievements include:
• Completion of my PhD in Finance, and other professional qualifications.
Receiving awards such as:
• British Chevening scholarship award,
• University of Manchester President’s Doctoral Scholars award,
• Mefmi Fellows award, and
Being made the University of Manchester President’s Doctoral Scholars ambassador.
In addition to the above, I have also completed a number of other projects such as the development of a Fraud Risk Assessment course with the UK Cabinet Office and City of London Police. As well as help the university obtain test centre accreditation with a number of professional bodies.

What is the big picture, i.e., where to from here?
In future, my desire is to help students from underprivileged backgrounds who have constrained access to education.

What word of advice would you like to give to others reading your story?
Sometimes in life, you face many obstacles that can deter you from pursuing your chosen path and may dictate the path you end up taking. When that happens, try and fight the urge to pursue that path of least resistance. Refuse to let challenges and obstacles block you from progressing or pursuing your goals. If you have targets you have set for yourself, stay on course, pursue those targets. Seek help from others when in need and always prioritise your mental health. In as much as the future may be uncertain and unknowable, pursuing it with dedication can always yield better fruit than blindly walking into it. Identify and connect with people who have traversed the same path as you and made it or arrived at a destination you also want to reach. Find people that inspire you, learn from them. Chase after knowledge and education because they provide you with a path to rise above your circumstances and to grow.