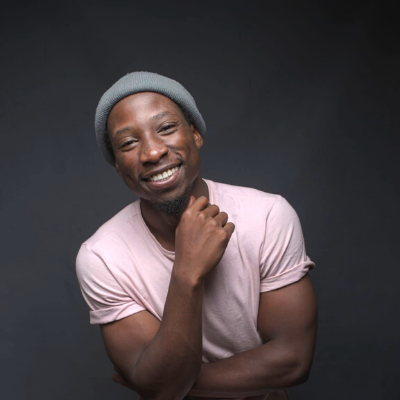 Everson K Chieza is an upcoming talented Zimbabwean actor and filmmaker, inspiring lives through one ‘take’ at a time.

Tell us about yourself i.e., line of work, education, and career etc?
l am an actor best known for being the lead actor in the 2020 online series Wadiwa Wepamoyo. The series first episode currently has over 639k views on youtube making it one of the most viewed online shows in Zimbabwe. Besides acting, I also wear several other hats namely photographer, scriptwriter, director, videographer, model, and influencer. I am by nature a creative person who is always on the lookout for an opportunity to learn new skills. I graduated from Midlands State University, Zimbabwe with a degree in Film and Theatre.

Growing up I was an introvert and spent most of my time reading psychology books trying to figure out how I could improve my personality to be more outgoing and outspoken. My breakthrough came after studying and analysing A Midsummer’s Night Dream in my literature class during Highschool; when I realised that I could connect and inspire people through storytelling. This gave birth to my outspoken outer ego that has helped me excel in my acting career. Art gave me a voice and the power to express myself not just as an actor but also in my personal life. My outlook of the world around me completely changed and in every role, my goal is always to inspire and bring joy to people’s lives.

What inspired you to pursue your line of work and how much work did it take for you to get where you are now?
It is easy to judge a book by its cover and admire one’s success without knowing the story behind it. I started acting in 2015 when I did a short film by Derby Bheta, “GateWay”, then went on to feature in several short films after that. Most of these projects were self-financed by the participating team, I included in the hope that we would be recognised and become superstars. However, despite all the hard work and effort, I remained in the shadows while continuing to watch others soar above the skies. Some days I would wonder if there was light at the end of the tunnel or was, just chasing after shadows that would yield nothing in the end. Despite it all, I never gave up and kept pushing believing that one day my big break would come.
Looking back, I can only say those days of unpaid effort were preparing me for something greater. In 2020 my team and I gave it another shot with Wadiwa Wepa Moyo and little did we know that finally, our hard work was about to pay off. Finally, people took notice within and outside the borders of Zimbabwe. Now I have finally come out from the shadows and I am on my way to building my legacy in the world of film and drama. A journey of many miles starts with one, this is just but the beginning for me. My dream is to leave my mark in the African film and entertainment industry. I know with patience, compromise, and hard work pays I will make it. I am forever grateful to the viewers and all those that believed in me; most importantly I give all glory to God Almighty, who made everything perfect in its own time.

Every journey has its share of challenges; what were yours? Did you ever feel like giving up? If so, what kept you going?
One of the major challenges I faced was dealing with the general misconception that choosing a career in acting was wasting my time. Some would even ask why I spent hours doing films that did not seem to yield anything and my name remained unknown in the industry. I lost some close friends that I thought would always be in my corner; but even when I found my circle shrinking, I did not give up. The dream was mine to keep and pursue no matter what. One thing I have learnt in my twenty-five years is that success does not happen by chance you must work for it. It may tarry but with commitment and dedication, it will eventually happen.

Any notable milestones/achievement you would like to share?
I am grateful for finally being recognized as an actor. Some of my achievements include being nominated in several awards, including the ZimStars Best Actor Award which I won in 2021. I have also had the honour of working on various projects with big brands like FC Platinum, Push Athletics, Zol Network and Carling Black Label S.A.

Who are some of the people that inspire you as an actor?
I have been inspired by many people throughout my career but at the top of the list is Daniel Kaluuya, Lakeith Stanfield and our very own Tongai Chirisa. These gentlemen and their stories give me hope that I too can make it. I would love to one day grace the screens alongside these talented men.

What is the big picture i.e., where to from here?

My vision is to bring hope and be a living testimony to the African child with a dream to become an actor. I come from a society where being an actor is considered more of a hobby than a lucrative career path. However, if anything the growth of platforms like social media have shown that the film industry can be a very rewarding career path. Perhaps in the days gone by when the only platforms were TV and the big screen, opportunities were for a selected few. Now every

one has almost an equal chance to succeed in this industry, all you need is your talent, creativity, hard work, commitment, and a good network of people to help and support your effort.
I also want to expand my acting portfolio to films, theatre and even the big screen someday, within and outside of the African continent. In the future, I plan to work on a project to create a platform for mentoring upcoming actors and help them to connect with other likeminded creatives professionally.

What word of advice would you like give to others reading your story?
Remember to look up at the stars and not down at your feet. Try to make sense of what you see and be curious, wonder about what makes the universe exist. No matter how tough life gets, never give up. Instead, follow your heart until you excel at that which you are passionate about. l followed my heart and still at it. The path before me in long as unknown adventure awaits me, so I soldier on in hope and faith. Do the same and let’s catch up when we meet at the top!